“The Secret of good teaching is to regard the child’s intelligence as a fertile field in which seeds may be sown, to grow under the heat of flaming imagination.”
– Maria Montessori 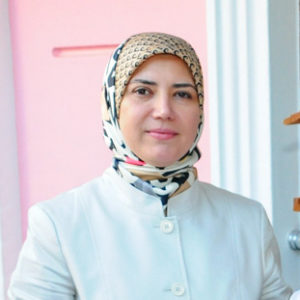 Raife Cebeci, Head of Schools
After graduating from Law School at Istanbul University in 1991, Raife Cebeci moved to the U.S. with her husband. Her first child inspired her to make a change of career path, so, while raising three young children, she completed her master’s degree in Educational Psychology at the College of St. Rose in Albany, NY. During the course of her master’s program, she was introduced to the Montessori philosophy of education, and her love of Montessori was born. She later received her American Montessori Society (AMS) teacher certification from the Princeton Center for Teacher Education in New Jersey.

She opened her first school in Schenectady, New York and later moved with her family to the Philadelphia area, opening a second school there. She then set out to bring a new vision to life: International Montessori Schools (IMSchools), whose goal is to provide the highest quality of Montessori education to children of all cultures, faiths, and backgrounds. Shortly after starting the first location she and her husband partnered with another couple and close family friends. From 2004 to 2012 they opened five schools in Pennsylvania. In 2011, IMSchools acquired its sixth school in Wilmington, DE, which houses the Montessori Institute for Teacher Education (MITE). Since then, Raife has been the Executive Director of the program.

All the while, Raife has raised her five beautiful children according to the Montessori philosophy. She loves nature, traveling, and children. 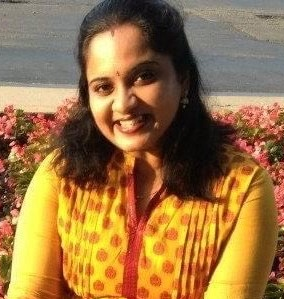 Rajalakshmi Krishnaswamy, Admissions Director, IMSchools
Ms. Raji progressed into the Admissions Director role in 2021. She served as the Director at the Malvern location in the 2020-2021 academic year. She joined IMSchools in 2016 as Lead Primary Co-teacher. Raji has an MBA from India, MS from University at Buffalo, New York and a Montessori Certification from Chestnut Hill College. She enjoys working on special art projects, choreographing, reading, and working in virtual classrooms. Raji’s positive energy and respect for children helps her to create a wonderful learning environment. She brings enthusiasm, inner strength, and compassion to her work life. Raji feels fortunate to work with these curious young children. 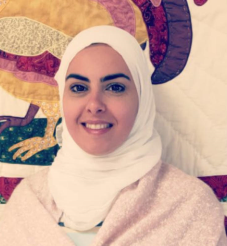 Rahaf Alajlani, Director, IMSchools at Malvern
Rahaf served as a Lead Teacher in the Primary classroom. She was born in Syria and has a teenage daughter. Rahaf has a Bachelor Degree in Psychology from the Kingdom of Saudi Arabia (KSA) and a Diploma in Early Childhood Education from the North American Montessori Center, USA.

She joined IM Schools in 2015 and is currently studying to obtain her Certificate in Early Childhood Education from the Montessori Institute for Teacher Education. Previously she had worked as a mental math teacher in KSA and enjoys drawing and doing jigsaw puzzles in her spare time. 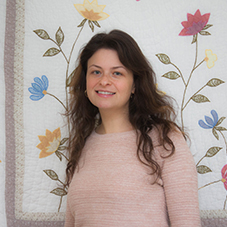 Jennifer El Helou, Director, IMSchools at Paoli
Ms. El Helou holds a Bachelor of Science in Education from Temple University. She also completed a number of courses towards her Masters degree in Spanish. She studied music since the age of 6 and holds a piano diploma from the Lebanese Conservatory in Beirut. She has completed her Montessori Certification in 2013. Before becoming a Montessori teacher, Ms. El Helou worked for the Office of Student Affairs at Temple University for 5 years.

She grew up in Beirut, Lebanon and has traveled to many countries in Europe and Middle East. In addition to English, she speaks French, Arabic, Armenian and Spanish. Ms. Jennifer has three children, the youngest of which is a student at IMSchools the other two having graduated into the Great Valley School District. 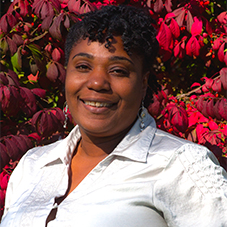 Kishyia McKnight, Director, IMSchools at West Chester
Kishyia began her Montessori career in 1994 when she entered the field as an assistant teacher. She has a Bachelor’s Degree in Human Services and in 2002, Kishyia earned her AMS Primary teaching credentials. Over the years Kishyia has worked in the field of education as an Assistant Teacher, Lead Teacher, Director, Consultant and Teacher Trainer. As a young child, Kishyia attended a Montessori school for a short time; however, the memories of her experiences there were long lasting. Kishyia has 2 wonderful children, born 20 years apart, and is a proud grandmother of 3 energetic boys. She continues to be inspired by the sense of wonder that children exhibit. 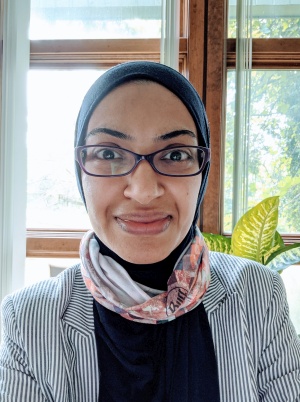 Ms. Annie Ghazi, Director, IMSchools at Wilmington
Annie joined IMSchools in October 2017 and initially worked as Preprimary Lead Teacher at Wilmington. Prior to joining IMSchools, Annie worked in private school settings for over 5 years as an academic advisor and administrative management specialist. Her background includes a Bachelor’s of Science in Human Services, with an emphasis in mental health, training in English as a second language (ESL/ELL), publishing, and love for health promotion & nutrition. She brings organizational and management experience and has also served at our West Chester location as Lead Pre-Primary Teacher. Currently, Annie administers our teacher training program run under Montessori Institute for Teacher Education (MITE). MITE operates out of the Wilmington location and certifies candidates for teaching in Montessori classrooms; it is an accredited program by the American Montessori Society (AMS) and the Montessori Accreditation Council for Teacher Education (MACTE).

Annie is committed to serving our children by bringing the best of Montessori education to the community. 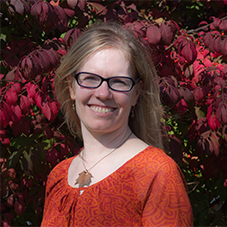 Holly Knox, Montessori Education Coordinator/Toddler Specialist
Holly Knox is the IM Schools Montessori Education Coordinator and Toddler Specialist. Holly is an AMS certified Montessori educator for Infants and Toddlers specializing in supporting the unique developmental needs of children from birth to 3 years of age. For the past 24 years, Holly has been designing classrooms, nurturing children, educating families, mentoring interns, and training Montessori teachers. Most recently, Holly has served as School Director at IMSchools at West Chester. Holly’s focus is supporting the Pre-Primary environments and Montessori staff development. Holly believes strongly in the Montessori philosophy and is committed to teaching others the importance of giving each child respect as they learn to become independent. Holly lives in Wilmington, Delaware with her husband and 2 girls, Kalynne and Erin. When she is not at school, she enjoys reading, being in nature, gardening, and cooking.